Visionaries are showing the REAL Power of Music to Unite Cultures and Heal our Planet! 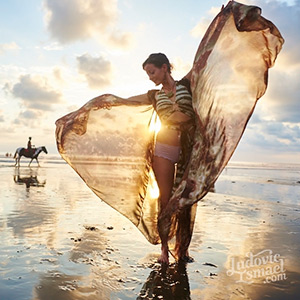 We have all been acquainted with the healing power of music in one way or another. Music is like medicine for the soul, it can transport us to another place and time, it can help us cope with grief , and it can inspire and excite us. As Bob Marley famously said, “one good thing about music: When it hits you, you feel no pain.”

But as my guests on Lucid Planet Radio this week have showed, the healing power of music can extend far beyond just the personal level. We often speak about how music can heal in an abstract way, but for Luminaries and Stephen Brooks of Envision Festival, the potential for healing is very REAL, and very practical. Listen to the full interview to find out more. 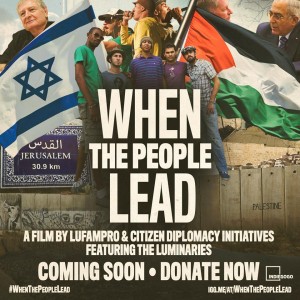 First, I spoke to conscious hip-hop group Luminaries, who are wrapping up their Indie-GoGo campaign sponsored by transformational media company Keyframe Entertainment to fund the film “When the People Lead,” about their journey to Israel and Palestine in 2011.  There are still a few days left to help support this amazing film which was 85% funded at the time of our interview (they have since passed 100%- congrats!). The goal of the film is to demonstrate how music can break down walls and unite cultures with intentions for peace.

I was joined by Daniel, Benjamin, Chris and J Brave of Luminaries, who all agreed that their trip to the Middle East transformed their lives. Instead of their preconceived notions of aggression and violence conditioned by the media, they encountered “amazing warm and open human beings” on both sides of the wall between Israel and Palestine, who wanted peace. And it was through their empowering, positive music that they were able to inspire change on both sides, particularly among young people.

When asked about how music can unite cultures and promote peace, the Luminaries had some very insightful thoughts based upon their experiences: 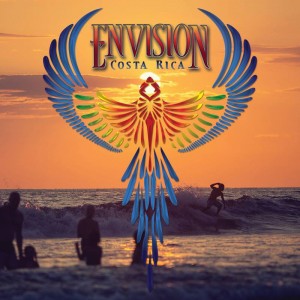 I was then very fortunate to speak to Stephen Brooks, the co-founder and co-producer of Envision Festival, who called into the show all the way from Panama (although he usually lives off-grid at the Punta Mona Center in Costa Rica). He told me about the amazing way in which Envision festival has been designed with a deep focus on intention and that every action that humans undertake has an impact on Mother Earth. The inspiration for the festival came (as much inspiration does) from being at Burning Man, and the idea that we CAN choose to be part of something bigger, and that each of us has an immense amount of power to change our world of the better. 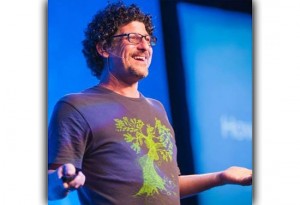 Stephen, who runs the Punta Mona Center for Regenerative Design explains that just being sustainable is no longer enough: It is time to be REGENERATIVE. What amazes me about Envision festival (which I had the pleasure to attend earlier in 2015) is how people may attend for the party and the music, but it is the present intention of the entire experience, from the speakers, to the food, to the crafts, to the unique composting toilets (which actually grow a beautiful garden on site thanks to the human waste generated at the festival!) that sticks with people and inspires them to bring these transformative attitudes of being more in touch with the planet back into their lives. This is so much more than a party in the jungle: This is really an opportunity to connect more deeply with ourselves and with our planet, and to learn amazing new skills from first-responder herbalist techniques, to permaculture, to yoga, meditation and surfing. And now, Envision is offering an impressive variety of tours and retreats before and after the festival to maximize this growth and  connection, which you can find out all about on their website. And don’t miss the festival itself, which happens in Costa Rica from February 25-28th 2016.

I asked Stephen how we can integrate these ideas of regeneration into our lives at home in the U.S., for those of us who can’t make it to Costa Rica this year, or who are not able to move away and live off the grid. His advice was so simple (as he says, most of permaculture is, “duh!” ) and yet the implications are amazing:

I am grateful for the healing power of music, and how visionaries like Luminaries and Stephen Brooks are harnessing it to to unite cultures and to help heal the Earth. Anything is possible if we truly make the effort, and it begins with each one of us!

Listen to the entire new interview, featuring “Peace” by the Luminaries and “Wilmer“, a brand new deep dubstep track by GrymeTyme, off the new release “Submerse,” on Lucid Planet Radio.