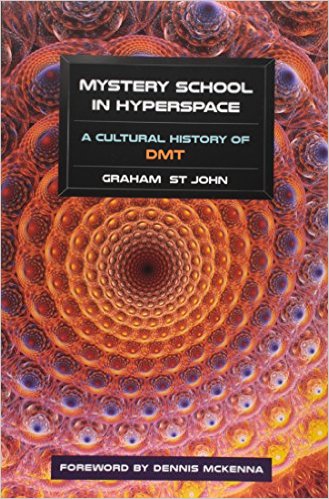 Best known as the active compound in ayahuasca, DMT has it’s own fascinating history. St. John’s work explores it’s influence on Western culture since its action was first discovered in the 50s and 60s—from the CIA’s research on its psychotogenic effects, and the artists, such as The Grateful Dead and Alex Gray, who are motivated by its psychedelic effects—to the underground research being done today.

On Today’s show we talk about the meaning of “Mystery School in Hyperspace” as well as why people choose to embark on the DMT journey, and how entheogens work in synergy with culture, art, music and spirituality. We all discuss the more fascinating and controversial elements of the DMT trip, including the significance of interactions with multidimensional beings.