Who or What are the DMT Entities? Theories and Musings with Mystery School in Hyperspace Author Graham St. John 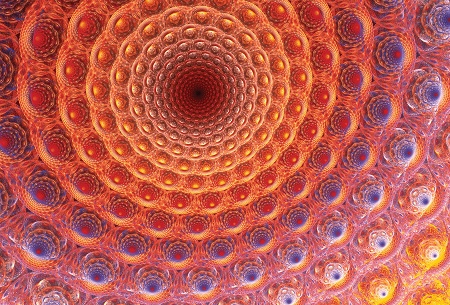 A Cultural History of DMT

DMT, proper name N,N-Dimethyltryptamine, also known as the “spirit molecule,” and perhaps best known as the active compound in Ayahuasca, is a psychedelic compound known to induce altered states of consciousness including, bliss, oneness, transcendence, out of body experiences, and occasionally, terrifyingly deep self-realizations. This week on Lucid Planet Radio I interviewed Australian anthropologist and author Graham St John about his new book, Mystery School in Hyperspace: A Cultural History of DMT. This book, the first and only cultural history of DMT, weaves together neurochemistry, aesthetics, spirituality, technology, ethnobotany and more to trace the effect of DMT’s release into our cultural bloodstream. You can listen to the whole interview here on Lucid Planet Radio.

Ever since Hugarian psychopharmacologist Stephen Szara first discovered the psychoactive properties of DMT in the 1950’s, it has been slowly infused into Western cultures: The CIA investigated its psychotogenic effects, while artists like Burroughs, Ginsberg, the Grateful Dead, Alex Grey, and Shpongle were motivated by its psychedelic effects. Scientists like Timothy Leary and Rick Strassman studied its psychopharmacological and phenomenological significance. And stand-up philosopher Terence McKenna, enthused by the discovery that DMT is naturally present in many plants, animals, and the human brain itself, became its global emissary.

The status of DMT as “the brain’s own psychedelic” has fired speculation about its role as a gateway to higher dimensional consciousness. The debate surrounding the implications of the so-called “spirit molecule” continues today among explorers of all backgrounds—scientists, psychonauts, theologians, artists and festival-goers alike.

Perhaps one of the most fascinating elements of the DMT experience is the consistent theme of communication with a wide variety of alleged “interdimensional beings.” The phenomenon has been repeatedly detailed in numerous anecdotal accounts, ranging from the legendary stories of the late, great Terence McKenna, all the way to that dude next to you at the Hummingbird stage at Sonic Bloom last year blowing pungent moth-ball smelling smoke into your vicinity.

Who are the DMT Entities?

Multiple stories about the DMT beings are documented in Dr. Rick Strassman’s book, “DMT The Spirit Molecule,” based upon his groundbreaking research in which 60 volunteers at the University of New Mexico were injected with DMT in over 400 sessions during the course of 5 years. Because it can be very difficult to write during an intense DMT trip, and sometimes equally hard to recall what happened after the fact, researchers sat with participants and took notes as they detailed their experiences real-time. Over 50% of the 1,000 pages of notes had some kind of reference to interactions with entities. Likewise, Philip Meyer spent two decades collecting over 300 DMT trip reports and identified contact with sentient, independently existing beings in over 66% of them. Terence McKenna also wrote and spoke about his interactions with these entities at length, including the continuously emerging archetype of the spirit guide “teacher” – who with alien, insect-like and interstellar qualities, “was somehow a diplomatic anthropologist, come to give us the keys to galactic citizenship.”

According to Graham St. John’s synthesis of quite a large body of research and anecdotal reports of DMT encounters in Chapter 12 of Mystery School in Hyperspace, DMT entities are usually reported to fall into one (or more) of these categories:

Across these accounts, the beings are often reported to have an “awareness of us” as Dr. Rick Strassman puts it, with entities themselves often reacting to the presence of the DMT user either by welcoming them as travelers, royalty or long-lost family, treating them as thought they have won a contest or game-show, or sometimes, with surprise and shock as if the DMT user were an intruder or unwelcome.

SO… ARE these DMT Entities Sentient Beings Living in Other Dimensions?!?!

As St. John reminds us in Mystery School in Hyperspace, the debate over the subject of entity contact in the DMT-verse has been hotly contested by scientists, psychonauts, philosophers and theologians, “with skirmishes flaring in Cyberspace over the past twenty years.” Based upon the DMT trip reports he collected over two decades, Peter Meyer, author of Terence McKenna’s Timewave Zero Software, advanced the following potential theories of entities commonly reported by DMT users:

1) There are no alien entities at all; it’s merely a subjective hallucination/ emergence of psychological archetypes.

4) As a neurotransmitter, DMT causes the older parts of the reptilian brain to dominate consciousness, resulting in a state of awareness that appears totally alien.

5) Psychedelic tryptamines are the biochemical means by which we contact the creator(s)/the divine/God.

6) DMT provides access to the afterlife/world of the dead and the entities are the souls, or personalities, of the departed.

7) DMT entities are beings who have mastered the art of time travel and can communicate with humans without physically materializing.

8) The entities are probes from an extraterrestrial or an extradimensional species set out to make contact with organisms such as ourselves who are able to manipulate their nervous systems in a way that allows the communication to take place.

And yet, we have barely scratched the surface of the theories that have been put forward by various scientists and philosophers about the DMT entities discussed in St. John’s book, such as:

We have no concrete answers here, only self-reported experiences and theories.  Scientifically, it is very challenging, if not impossible, to objectively “prove” whether these beings exist in our reality, or in parallel planes or dimensions, or if they only exist independently in the minds of DMT users. For many of the researchers in this field, including Dr. Rick Strassman (who will be appearing on Lucid Planet Radio this Spring!) it is hard to deny the feeling of truth and consistency across people’s experiences. Indeed, according to St. John, Dr. Strassman has abandoned his strict psychoanalytic model, apparently accepting the authenticity of his subject’s reports.  And if you have ever had a Level III DMT experience, you may have already drawn your own conclusions on the topic, regardless of what science might have to say about it.

As a psychologist, the most important part of all of this for me is not to objectively, scientifically come to a consensus about who/what the beings are, but to understand and accept that these experiences are loaded with incredible, life-altering meaning for the people who have them. Graham St. John and I discussed this during our interview and seem to arrive at the same conclusion: What matters is not if the beings are REAL in any objective sense, but how their subjective realness can influence people’s consciousness, behaviors, identity and understanding of themselves and their universe.

Communication with DMT entities can be absolutely profound and life-changing, regardless as to our objective standard for determining the validity of the entities or the experiences. Therefore, from a psychotherapeutic perspective, it is just as valuable to focus on the function of the entities and how they can inspire our future evolution and growth. Because as Graham St. John concludes, when it comes to objective proof of the entities,

“our likelihood of establishing their true identity is as futile as nailing the nature of…. God, once and for all.”

Have you ever met the DMT beings? Do you have a theory about who they are? Please share in the comments!

To learn so much for about the cultural history of DMT, listen to our podcast, visit Graham St John’s website and check out Mystery School in Hyperspace!