Is it Time to Legalize Psychedelics for Therapeutic Use? 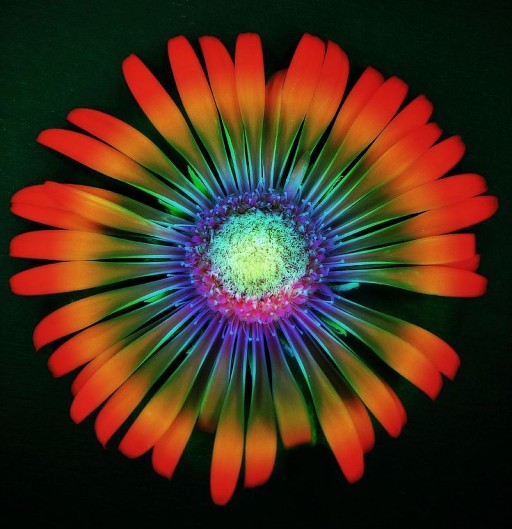 The media has been buzzing all year about the healing potential of psychedelic medicines. With a plethora of new research being conducted in this area, the push for funding for further research towards an ultimate goal of legalization for therapeutic purposes has been gaining momentum.

The Movement Towards Legalization

Yes, you heard right. Legalization. An indicator of changing attitudes about mental health and humanity’s need for healing during these difficult times, the push to legalize psychedelic medicines for therapeutic purposes seems to be attracting attention. The movement is gaining traction not just among ex-hippies or the youth, but also across medical professionals, lawmakers, professors and visionary artists across all sides of the political spectrum. Why? There are several possible explanations including:

Many People are Suffering and in Need of Healing. We live in a country where at least 18% of the population suffers from mental illness, including an astounding 40 million people with anxiety disorders,and more than 1 in 10 people experiencing depression.  Many people do not receive proper treatment, and often what they do get, such as prescription medications, can fail to address the real problem.

Prescription medications are dangerous and it makes sense to look for alternate solutions. Of the 16,000 drug overdose deaths that occur annually in the United States, roughly 15,000 are from prescription pain medications. The most commonly misused are opioids, benzodiazepines and amphetamine- like drugs. What if psychedelic therapy can help address the root causes and motivations for using and abusing these medications?

Our Society and our Planet is Hurting and We Need Guidance and Help We seem to be somewhat lost as a society, facing a possible extinction timeline as the planetary impact of our species becomes increasingly unsustainable. We are desperately in need of guidance and creative solutions, including the insights and the deep personal and collective healing offered by psychedelic medicines. This argument is put forward beautifully in Graham Hancock’s incredible banned Ted Talk .

Our Species has been using these medicines for healing and sacrament for thousands of years. Humans have been using psychedelic medicines for healing and guidance for thousands of years, and many indigenous peoples continue to do so. Perhaps we are being called back to our roots during these difficult times, to revisit ancient tools that have served us for so long. Now we are more willing than ever to explore alternative pathways for knowledge, learning and expansion.

As of today MAPS, The Multidisciplinary Association of Psychedelic Studies, has already met 150% of their Indie-Go- Go campaign goal to fund world’s largest-ever clinical trial of MDMA-assisted psychotherapy for posttraumatic stress disorder (PTSD), with the ultimate goal of making “MDMA-assisted psychotherapy the first legal psychedelic treatment by 2021.” They have received an outpouring of public support, smashing through their funding goals the raise the final $50,000 of their multi-year, $1.38 million dollar fundraising effort, with 21 days still remaining in their campaign. Visit the campaign for more information or to donate.

What can we learn from cannabis, a psychedelic medicine already legal for medical use?

The popularity of medicinal cannabis is undeniable, with 85% of the US population in favor of legalizing cannabis for medical use. The impact on mental health and well-being has also been the subject of numerous studies. Notably, an August 2014 study published in JAMA Internal Medicine found that “in the 13 states that passed laws allowing for the use of medical marijuana between 1999 and 2010, 25 percent fewer people died from opioid overdoses annually.” Considering that 46 people die EVERY DAY from opiate overdoses in the US, these results suggest that psychedelic medicines can help us heal and save lives by liberating us from the dangerous addiction to prescription drugs.

The full legalization of cannabis has also been met with resounding success in Colorado . In the first half of 2014 alone, tax dollars are flowing in, leading to huge amounts of revenue for the state and especially the education system. New jobs are being created, crime is down  and even traffic fatalities and teen use are down! Seeing the progress made and the overall benefits to individuals and society, I’m proud to call Colorado my home.

What about the Healing Potential of Other Psychedelic Medicines?

Colorado and the other medical cannabis states in the US have certainly demonstrated that a regulated system for psychedelic medicines CAN work, serving society and its inhabitants. But what about other psychedelic medicines like MDMA, LSD, Psilocybin, Ayahuasca, Ketamine, DMT, Mescaline, Ibogaine and more? Will we ever see a regulated system for the therapeutic use for these substances and if so, what would it look like?

Anything is possible, and the changing sociopolitical landscape of our time certainly seems to be planting and watering some seeds. We are facing a failed drug war, overcrowded prisons, a bloated legal system, and we appear to be on the precipice of transition (or some would say collapse?) of some of our political and social institutions, as well as our economy. At the same time, more and more people seem to be waking up to the problems facing our society and seeking creative solutions that invoke equality, justice, sustainability, community and compassion. Perhaps allowing people the opportunity to receive psychedelic therapy could serve as a compassionate solution in these challenging times.

The Current State of Psychedelic Research

There is quite an impressive body of hard scientific data being accumulated suggesting that psychedelic medicines might be able to help provide humanity with some healing solutions for mental health concerns including anxiety, depression, PTSD and more. Tuesday’s article from The Guardian UK  highlights the history of psychedelic psychotherapy research and reminds us that between 1950 and 1965, over 1,000 scientific papers were published (on data from 40,000+ participants!) on the potential therapeutic benefits of LSD and other psychedelics. While there was promise back then, these studies were halted in the late 1960’s for “political reasons.”

And yet, thanks to the hard work of people like Rick Doblin, the founder of MAPS, and the many visionary research teams across the globe, these studies have resumed during the last decade or so with promising results. An August 2014 article from Scientific American  summarizes some of these findings, although there are many more articles on this topic than I have time to discuss here. Some highlights (see infographic from Scientific American, below): The first study of LSD for therapeutic purposes in 40 years showed that it reduced terminal cancer patients’ anxiety by 20%. MDMA has been shown in several studies to reduce anxiety and PTSD in war veterans and other survivors of trauma. Ketamine has been demonstrated as an effective tool for aiding those with treatment resistant depression. Psilocybin (the active compound found in hallucinogenic mushrooms) has been shown to have a host of benefits including repairing damaged brain tissue and treating depression The list goes on and on, but suffice it to say, these results are getting harder and harder to ignore by a population already suffering from high levels of anxiety, depression, PTSD and other mental health concerns.

Research into psychedelic medicine is truly becoming a global phenomenon, amidst reports this week of new LSD studies launching in the UK and the first MDMA trials beginning in Australia. MAPS has been part of psychedelic studies conducted in at least 10 countries, including MDMA research in The Netherlands, ketamine research in Russia, Ayahuasca research in Brazil, and mescaline research in Germany. But no matter how strong the crest of the wave that psychedelic medicines are riding, scientists still need more funding and more research including longer follow-up durations, larger sample sizes, more work to understand the mechanism of change in the brain. For more details and to stay on top of the latest advances in psychedelic research, visit MAPS.

What Would a Legal Psychedelic Therapy Model Look Like?

Although it is too soon to say what a large-scale legalized model might look like, MAPS has created an excellent working model across their clinical trials (such as this MDMA-assisted psychotherapy treatment protocol). Essentially, these medicines would be prescribed by a physician and administered in a controlled therapeutic setting under the supervision of trained mental health professionals and medical staff. All participants would be screened by a series of tests to ensure their safety and well-being. In many cases, participants would undergo psychotherapy during their psychedelic experiences, although the type of therapy and experience would differ according to the medication (an MDMA therapy session would look different from an LSD or Ayahuasca session, and so on). The medication itself, the dosing, and the entire experience would be monitored to ensure safety and fidelity. The psychedelic medication is often administered only a few times throughout the course of therapy, unlike traditional methods that sometimes require patients to use medications for the rest of their lives. While research trials like this are already being conducted, legalization would make these therapies available to a much wider number of people once they had been referred by their physicians. MAPS currently has over 1,000 people on its waiting list who need MDMA-assisted psychotherapy for PTSD right now, and there may be thousands, or even millions more people who could benefit from the legalization of this therapy.

Legalized psychedelic therapy does NOT mean a pharmacist would fill your prescription for half a gram of MDMA, 5 hits of LSD and a cup of Ayahuasca and send you on your way! That is not the idea, as MAPS says: Psychedelic therapy is not a take home drug. Legalizing psychedelic medicines for therapeutic use is not the same as legalizing them for recreational use, and it certainly does not entail encouraging people to go out and blindly experiment with these substances. Quite the opposite, the emphasis here lies with on safety, security, education and true therapeutic use. Perhaps in the future after therapeutic practices have been widely implemented and more research has been conducted, we may one day see a model similar to cannabis where people can purchase or grow their own psychedelic medicines legally and use them responsibly in their homes without supervision. But for now, the psychedelic therapeutic model remains very different from the medical cannabis model.

As a psychologist, I feel strongly that if these medicines were to become legalized for therapeutic use, we must institute comprehensive education and training programs for professionals, staff, patients and the general public. These are potent medicines that can take the individual on journeys deep into the unconscious, often connecting to the shadow self, past blockages or traumas. This is why it is so important that they are utilized under the supervision of trained professionals who can help guide the experience, much in the way that the shamans have guided members of their tribes on these journeys for thousands of years.

No experience in this life is without its risks, and it follows that there are inherent risks and benefits associated with receiving psychedelic therapy that participants must consent to before they undergo any treatment. Although most mental health professionals would agree that these substances are generally less harmful then the legally abused substances in America (alcohol and prescription pain killers), they are still not without their potential for abuse and harm when used in unsafe ways. This is why it is so important that psychedelic therapy happen only in safe, controlled environments under the supervision of trained professionals.

Is it time to legalize psychedelic medicines for therapeutic use? MAPS Director Rick Doblin “predicts FDA approval for MDMA-assisted psychotherapy for PTSD by 2021.” What do you think? Would you or someone you love benefit from participating in psychedelic therapy? I would love to hear your thoughts on this topic below.