Healthy Diet and Lifestyle Choices May Actually Re-Program Your Brain, According to a New Study

By making conscious lifestyle choices, it is possible to ‘train’ your brain to crave healthy foods instead of junk foods! 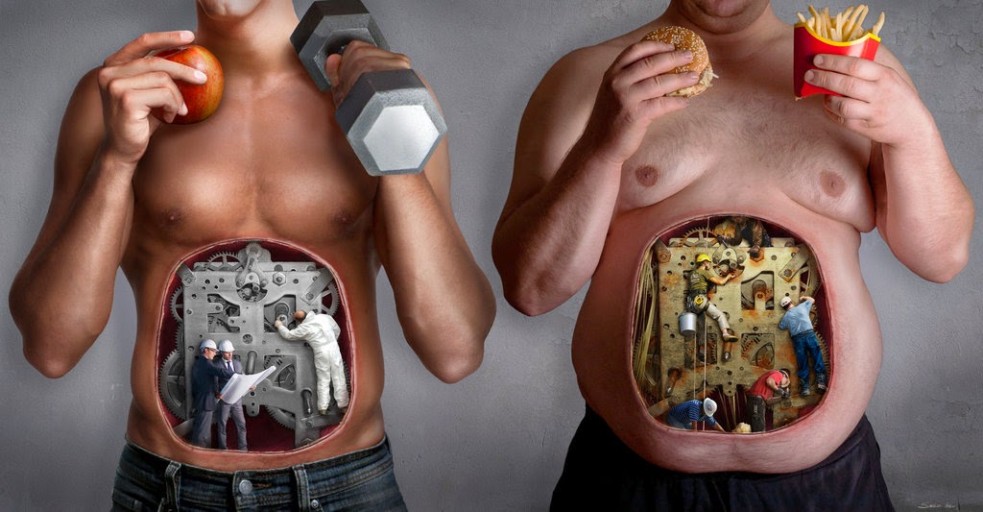 Perhaps it is no surprise that scientists have finally demonstrated what many of us have already intuitively discovered… By making conscious lifestyle choices, it is possible to ‘train’ your brain to crave healthy foods instead of junk foods!

Even though we are conditioned to love and even rely upon the fat-filled, sugar and carb overload we experience from many unhealthy foods, we are not intrinsically bound into this cycle: It is possible to alter the brain’s reaction to unhealthy foods through changes in diet and education, according to a new study published on Monday in Nutrition & Diabetes.

According to study co-contributor Susan B. Roberts Ph.D. in their Monday press release, “We don’t start out in life loving French fries…This conditioning happens over time in response to eating – repeatedly! – what is out there in the toxic food environment.” Scientists have long theorized that over a lifetime of eating these toxic foods, we form unhealthy food addiction circuits in the brain that are difficult to reverse or break, leading to a lifetime of junk food cravings and long-term consequences like sickness and obesity.

To examine whether it is possible to break unhealthy food addiction patterns in the brain, a Tufts University research team employed magnetic resonance imaging (MRI) brain scans to study the brain’s reward centers in 13 overweight and obese men and women. Eight of the study members participated in a six month weight loss program “specifically designed to change how people react to certain foods,” incorporating several features like behavioral weight management education and high-fiber, low-glycemic menu plans, recipe suggestions and tip sheets. Five of the study participants served as the control group and did not receive any weight loss programming.

All participants underwent MRI scans at the start of the study and at the end of its six-month duration. During the scans they were shown pictures of high calorie foods, low calorie foods, and non-food control images. After six months of weight loss programming, the reward center of the brain had changed significantly in the experimental group, specifically in the areas associated with learning and addiction. The researchers also noted an increased sensitivity to the images of healthier foods, and a decreased sensitivity to the images of higher calorie foods. As expected, the participants in the experimental group also lost significantly more weight than those in the control group.

These preliminary findings indicate that our brain’s food addiction pathways are not set in stone, but are flexible through changes in mindful eating and increased food education. Certainly more research needs to be conducted with a larger number of participants, an increased follow-up duration and deeper investigation into the causal mechanisms of change. Furthermore, if lifestyle changes and education can alter the brain’s reaction to food, can similar targeted interventions also alter the brain’s reactions to other addictive triggers like drugs, alcohol and gambling?

Overall, these results seem to point to the resilience of our minds and bodies to recover from unhealthy lifestyle patterns. Even after years of abuse and neglect, it is never too late to break the cycle and make an active decision to lead a healthier life. And quite amazingly, doing so may actually help heal the addictive or dysfunctional pathways in your brain that kept you trapped in that cycle in the first place!