From Hippie Slang to a Cultural Icon: What “420” Means for Cannabis Policy & The Future, with NORML's Paul Armentano 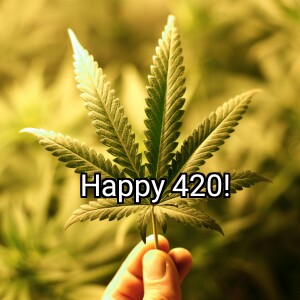 Unless you are living under a rock (or hiding underground as you wait out the zombie-pocalypse), you have probably heard of the term “420” associated with using cannabis. A pervasive part of our collective cultural mythos or urban legends, those of us who grew up in the 80’s and 90’s may remember being told that “420” stands for the police code for marijuana arrests, or that it is tea-time in Amsterdam, or that it reflects the number of active compounds in cannabis, or that it has something to do with Hitler’s birthday. In reality, the origin of the term “420” has little to do with any of these.

Probably the best and most likely explanation is discussed in this 2013 Huffington Post article, detailing that the term was probably originated by a group of high school wise-crackers who called themselves “the Waldos” in San Rafeal, CA around 1971.  When they were scheduling a time to meet after practice to search for an allegedly abandoned marijuana field, they chose to get together at 4:20. Due to their connections with the Grateful Dead Family, include relatives in real estate and working a tour manager, as they began to use this term when they passed joints, it was adopted by Deadheads and spread across the world as lexicon … And a cultural icon was born.

From Humble Beginnings to a Cultural Force:  The  Importance of “420”

Regardless as to the speculation here, one fact remains clear: 420 is an unstoppable, powerful force! Today we will see worldwide legalization marches, gatherings, parties, cannabis cups, political rallies, Craigslist ads for “420 friendly” roommates, epic discounts and giveaways at marijuana dispensaries, and so much more. In my home city of Denver, CO, this is practically a state holiday, with thousands of people from around the world converging on the city to celebrate, to toke-up together (in designated, legal areas of course), and to scoop up ‘420 special’ goodie bags and as they buy their legal buds.

It is truly unique to see cannabis holding such an important cultural space in our society. Our ‘old school hippie slang’ has become prominent cultural lexicon, embraced by corporations and consumers alike. Just look at these Totino’s Pizza Roll ads 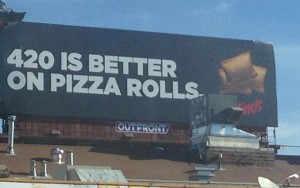 I’ve been seeing on billboards around Denver all week, saying “420 Is Better On Pizza Rolls” and “Stock up B4/20.” 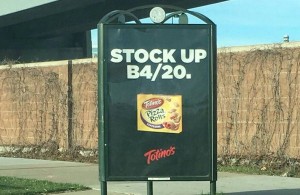 Totinos, owned by the $18 billion food giant General Mills, has generated some controversy with this ad. And yet this  surely reflects a tipping point in our society, with mainstream commercial enterprises who have traditionally shied away from cannabis now embracing its popularity and profitability.

In honor of 420, I invited Paul Armentano, the Deputy Director of NORML, back onto Lucid Planet Radio. Our last interview on the science and efficacy of cannabis was a surefire fan-favorite and I was eager to invite him back to discuss the significance of the 420 holiday, the political climate surrounding cannabis rescheduling, and groundbreaking new research on cannabis and replacing opioids, treating epilepsy and how it really affects driving. You can listen to the whole interview on Lucid Planet Radio, and download on Soundcloud and ITunes.

Mr. Armentano was quick to point out the UNIQUENESS of a holiday celebrating cannabis. “We do not have other days for other substances, such as a day to celebrate doing cocaine or methamphetamine.” (The only potential similarity could be Bicycle Day, the celebration of the day that Dr. Albert Hoffman discovered the psychoactive properties of LSD in 1943 while riding his bicycle home from the lab. Coincidentally, it falls on 4-19, the day before 4-20).

No Federal Schedule 1 narcotic has ever captured the public imagination, or inspired so much celebration, corporate and personal pending, and overall intrigue as cannabis. Mr. Armentano says that “even if our Federal laws do not separate the use of cannabis from other drugs, our society certainly does!” He reminds me of a recent poll showing that 83% of Americans agree that cannabis has no place as a top priority controlled substance, believing that the plant should at the very least be rescheduled — or removed from the Controlled Substances Act entirely.

The 2016 Election: Tipping Point for Efficacy-Based Cannabis Law Reform in the US?

In such a heated election year, it would be impossible not to think about the implications for cannabis law reform. On the state level, Mr. Armentano assures me that this is a VERY exciting year for cannabis! There is major movement on legislation that would reduce or remove the penalties for marijuana possession, and/or expand access to medical marijuana for qualifying patients in several states. For example, three days ago, the Pennsylvania governor signed a bill into law that will legalize medical marijuana, going into effect next month. Vermont seems to be on course to become the first state to legislatively enact regulations governing the adult use of marijuana, and Rhode Island is not far behind. Even Kansas is making headway towards reducing the criminal penalties associated with cannabis. Because state law changes so quickly, Mr. Armentano advises everyone to visit the #Take Action Marijuana Law Reform section of the NORML website for the most up-to-date information on legal measures for your state.

On the Federal level, I had to ask who Mr. Armentano thought would be the best presidential candidate for cannabis rescheduling and legalization! You can hear our entire discussion on this topic in our podcast, but in summary, he reminds me that regardless of the president, marijuana law reform at the Federal level needs to come from Congress! Theoretically, the president could demand that the US Attorney General reschedule cannabis, but this has never happened with any illicit drug and is “not realistic.” However, the president can absolutely set the tone for how the issue is debated. While Mr. Armentano says that President Obama has “sent mixed signals” throughout his presidency, in recent years he has sent a clear message for the Federal Government not to become involved in a state’s right to legalize and regulate the sale of cannabis. It is possible that a new administration could come in and not abide by that position, taking an entirely different stance.

But, according to Mr. Armentano, the president is not the one who is going to legalize cannabis. Rescheduling, access and reforms at the Federal level come down to Congress and other regulatory agencies. Issues like the push to initiate banking and financial relationships with state licensed medical marijuana business and permitting the VA to allow medical marijuana for veterans “will be won and lost at the state level, and ultimately won at the Congressional level.”

Remember, 83% of the populace agrees that it is time to reschedule cannabis, yet our Federal Government has not been able to take accountability and make this change happen. According to Mr. Armentano, the finger pointing on this issue between Congress, regulatory agencies, the Attorney General and the President is “buck passing at its finest,” and it is therefore up to the constituency to apply ample political pressure onto elected officials at the State and Federal level: Find more about the candidates’ cannabis scorecards at NORML.org/TakeAction.

Despite being legal for medicinal purposes in 23 states and legal for recreational purposes in 4 states and the District of Columbia, according to the Federal Controlled Substances Act, Cannabis is still a Schedule 1 Narcotic, meaning that: 1) It has the highest potential of abuse, 2) It has absolutely no accepted medical utility and 3) It lacks accepted safety to be administered under controlled conditions– meaning it is so dangerous that even if a physician in a hospital wanted to administer it, he or she would not be able to do so.

And yet, as we discussed in our previous interview, Mr. Armentano reminds me that “we have more clinical, pre-clinical and observational research specific to the use of cannabis than to the litany of pharmaceutical products that cannabis can replace.” For example, while there are over 23,000 peer reviewed papers referencing cannabis on PubMed, there are fewer than 300 on Adderall, which is frequently prescribed to children (and according to Carl Hart, is virtually identical to ‘meth’).  Also unlike the majority of all pharmaceuticals, cannabis has also thousands of years of human use, giving us a very unique perspective with regard to its long-term effects and impacts. This is longitudinal information that we simply don’t have for other drugs on the market.

Cannabis is one of the most challenging substances to study, because of the regulatory hurdles in place that apply only to cannabis and not to any other Schedule 1 narcotics: All cannabis used in clinical research in the US must be obtained from the Federal Government! This would not change if it were to be reclassified to Schedule 2, which Hillary Clinton proposed last year during a campaign stop in South Carolina. There would still be a limited supply and it would still be hard to obtain.

Scientists want to study the real world effects of the cannabis being used today- Not just the cannabis grown for the Federal Government at the University of Mississippi! Paul Armentano is very clear in our interview: Making this happen is a REGULATORY issue, not a SCHEDULING one.

And yet, there is still so much clinical research on cannabis, which you can examine for yourself by visiting NORML’s Cannabis Research Library. Of particular note are studies showing that cannabis can significantly reduce chronic pain in patients who are not responsive to conventional analgesic medications. One study from Israel showed that inhaled cannabis reduced chronic pain by over 50% in patients over a 6 month period. Not to mention that in jurisdictions of this country where patients have access to cannabis therapy, we see lower rates of opioid abusive and deaths. Another study found nearly 25% reduction year-by- year in opioid related deaths in states that allow for medical cannabis use. This is incredibly important in light of our societal narrative of the over-prescription of opiates and opioid abuse, overdose and death.

The narrative on cannabis has also been filled with anectdotal reports of epileptic children who have benefitted tremendously from using CBD high strains or CBD oils. Now there is hard data showing that administration of high CBD strains or CBD extracts can lead to up to an 89% reduction in epileptic seizure mitigation in pediatric patients who were resistant from conventional medicines. According to Mr. Armentano, it would be “hard to believe that the FDA would turn a blind eye to this sort of clinical data.”

And if the tens of millions of people celebrating 420 today have their say, Congress and the Federal Government will not be turning a blind eye to cannabis law reform for much longer. 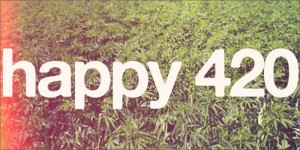