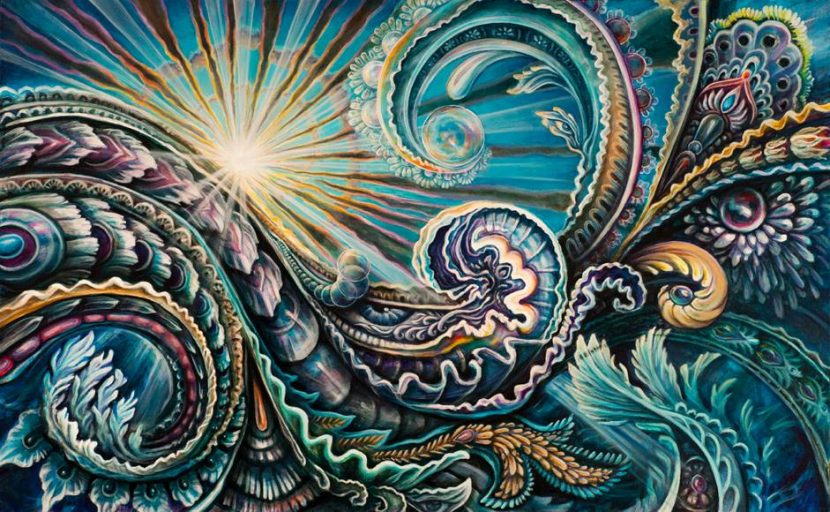 Super chill visionary art power couple Morgan Mandala and Randal Roberts come on the show this week to give us a glimpse of what it’s like to live a CREATIVE LIFE! They’ve spent the last several months traveling the world painting live at events from Australia to Bali! 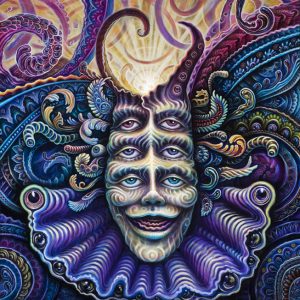 Find out about their weird and wonderful experiences abroad, including the place that feels like “an alternative universe,” and learn what it’s like being a part of the love tribe/ transformational festival scene, painting with visionary legends like The Greys and Shpongle! You can also find out all about their upcoming events including Bicycle Day in San Francisco April 19th and their “Art as Prayer” Workshop at COSM 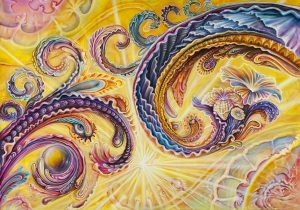 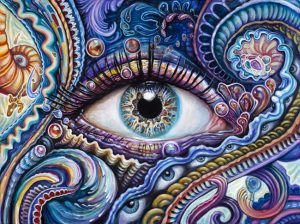 Morgan Mandala and Randal Roberts are a visionary co-creative couple who have woven together their artistic processes to create a unified vision. Known also for their work as individuals, together they create large scale collaborative paintings forming a third element between them; a new visual language of brightly colored, vivid, ornamental psychedelia and love.

In today’s show, Randal and Morgan describe themselves as “reluctant hippies” and share how they discovered the creative voices launched their creative careers (Hint: Randal was a self-confessed “IT Nerd” before he fully embraced his creative journey) and they also go in-depth about what it’s like to work so intimately & creatively with your partner. 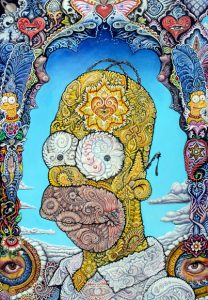 They also go behind the scenes and share their philosophical inspirations (think Dough Stanhope and Thich Nhat Hanh), their favorite music for painting live, their views on psychedelics & visionary art, and how they prepare and plan the massive pieces that they create.

We also discuss tactics for finding creative flow, what it means to have a “successful” creative career, how stay grounded, 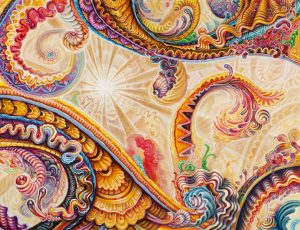 If you like cool people with a positive message then I hope you enjoy this show as much as I enjoyed taping it <3 To stay up-to-date with Randal & Morgan, follow them on on FB! 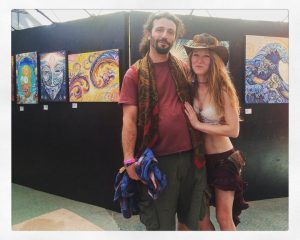