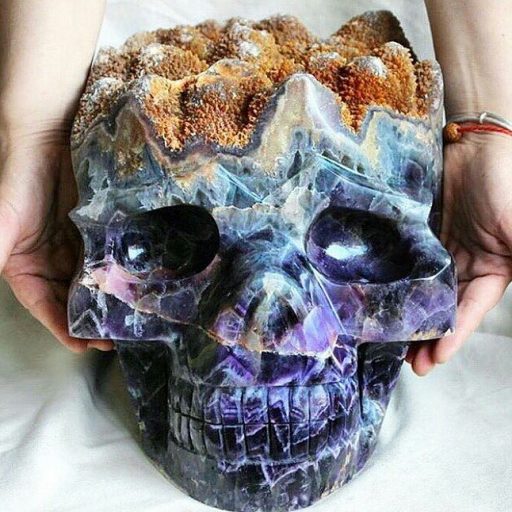 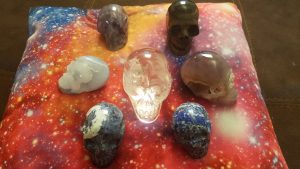 The legend of the Crystal Skulls has been spread far and wide- What is the difference between ancient tools for peace, knowledge and enlightenment and the modern fakes? Are these skulls more than just a new age fad? Crystal skulls are considered to have magical and healing qualities but….do they? If so, what are they?

Today, World- renowned crystal expert and author of the Crystal Bible Judy Hall will explore the myths legends and facts behind these amazing artifacts. She share how she personally became involved with Crystal Skulls and address why so much speculation has been written about them! We will also talk about:

Judy Hall is a successful Mind-Body-Spirit author with over 46 books to her credit including the million selling Crystal Bible (volumes 1-3) and the popular Crystal Prescriptions A-Z Guide series. She has four times appeared on the Watkins Review of the one hundred most spiritually influential authors this century and was Kindred Spirit’s MBS personality of the year in 2014. A natural psychic, she has been a past life therapist, crystal worker and karmic astrologer for over 45 years. Judy has a B.Ed in Religious Studies with an extensive knowledge of world religions and mythology and an M.A. in Cultural Astronomy and Astrology from Bath Spa University. Her mentor was Christine Hartley (Dion Fortune’s metaphysical colleague and literary agent). You can read her blog and sign up for her regular newsletter on www.judyhall.co.uk. Crystals specially attuned for you are available from www.angeladditions.co.uk. Catch up with Judy on her personal Facebook and Crystal Bible Facebook Pages!