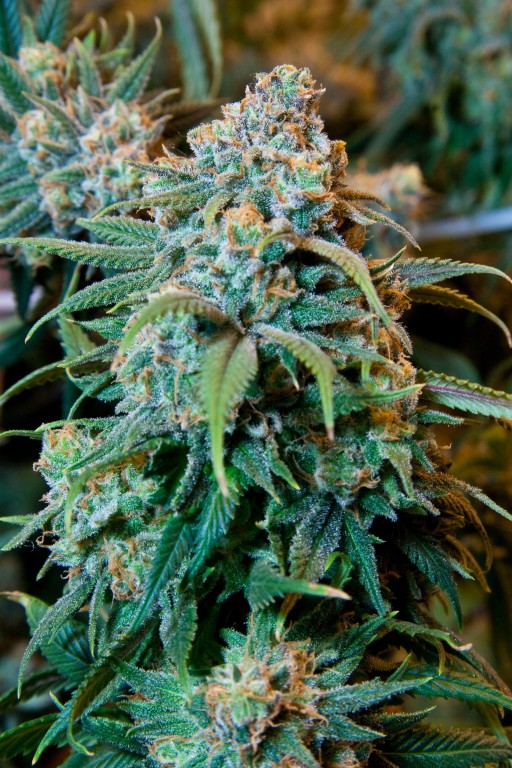 After a beautiful drive through the mountains on Peak-to-Peak highway, my boyfriend and I recently made an impromptu stop at Club Ned, America’s first and only legal cannabis café, located in the first city to fully legalize cannabis in the United States (in 2009!): Nederland, Colorado. 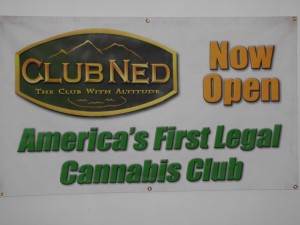 Club Ned isn’t fancy, posh, or expensive. It is a “mom and pop” spot owned by longtime Nederland residents Cheryl and David Fanelli, who have sought to provide a relaxed, comfortable environment to help to “erase the stigma associated with such a beneficial plant.” The philosophy here is that adults in Colorado have the right to make informed decisions about what goes into their body, whether it is cannabis, alcohol or tobacco. The owners opened the club to provide a “positive, living example of the enriching impact cannabis can have” to both cannabis and non-cannabis users. In a country where tobacco, alcohol and prescription pills kill hundreds and thousands of people each year, and cannabis kills zero, members of Club Ned “choose cannabis, and demand & expect others to uphold our legal right to choose.”

For your monthly $14.20 membership, you can come by anytime between 11am and 10pm to hang out, talk to the locals, and use cannabis. This is not a hardcore party environment of young kids blasting loud music, but a calm space with a ‘kick-back’ type of feel. While the cannabis cannot be bought or sold at Club Ned, there is one dispensary within walking distance, it is both medical and recreational. Water pipes, papers, and anything else you might need are provided at the club, although you can also bring your own. They also have a fantastic selection of beautiful local glass pieces, one of which I was delighted to purchase. And of course, there are munchies and snacks for sale, and they even are raising funds to open a full kitchen. Everyone must be over 21, absolutely no exceptions. 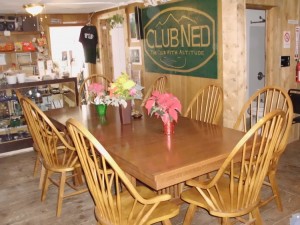 The existence of Club Ned is a true testament to the power of cannabis to heal, and to the unwavering beliefs and sheer dedication of David and Cheryl, who have experienced the healing powers of cannabis first-hand. ‘Phoenix tears,’ a powerful extracted form of CBD and THC that is ingested helped David heal from a debilitating heart condition, and cut down from 11 medications to only 1. It also miraculously helped their daughter Nikki recover from the paralysis of her limbs and be able to walk again.

Club Ned helps to address one of the main conundrums of legal cannabis in Colorado: It is legal to purchase cannabis, but not legal to use in public places like parks, cars or even hotel rooms. This poses a confusing problem for thousands of cannabis tourists in Colorado, many of whom have come to try it in Colorado specifically because they do not want to break the law or go to jail in their home states. But without safe, designated places to use it, they may end up inadvertently breaking the law anyway.

“You would be amazed by how many people every day I teach how to smoke cannabis for the first time” says Nama, a budtender at Terrapin Care Station in Boulder whom I met at Club Ned. As he passes me a joint of Colorado’s signature strain, Golden Goat, he explains, “Once I teach them how to use it, they ask where they can go to smoke. And at first I didn’t know what to tell them. Now, we have Club Ned.”

Nederland is about a 40-minute drive up into the mountains from Boulder/Denver, but it is sure worth the trip for locals and tourists alike. Not only is the town absolutely stunning and immersed by the most glorious mountain nature, but anyone over 21 can come join other like-minded individuals to use cannabis in a safe and legal environment.

There are many locals at Club Ned when we arrive, sitting at the two banquet-sized tables adorned with water pipes, grinders, papers and other useful items. We were told when we arrived that the Malcolm the Barefoot Dancing Violinist (pictured below) would be performing, and soon we were treated to one of the most beautiful versions of Pachelbel’s cannon I had ever heard, as the room thickened up with the sweet smell of Blue Dream. While we didn’t bring much cannabis with us, we found that members of Club Ned were fans of the community spirit, often passing around joints, some of which were dipped in an aromatic sticky cannabis oil I had never seen before. Again you cannot buy or sell cannabis at Club Ned, but in this community, sharing is caring (and certainly not against the law). 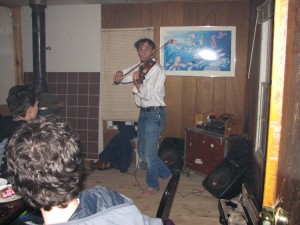 At Club Ned, all of the tools are provided for people to use cannabis flowers or oils (called dabs). We saw mostly flower being used, although there were a few patrons dabbing amber shatter that I am told is incredibly potent. The members also sometimes share edibles, such as their ‘pot luck’ dinner (get it?!) from a few weeks back where club members brought in a feast of home made cannabis edible foods, including nachos and queso, pesto pasta, chicken wings and a host of baked goods. Club Ned also hosts weekly game nights, live music on weekends, and owner Cheryl is even offering courses on how to make the Phoenix Tears that have had such a healing impact on her family. She teaches the classes twice a month but also does personal classes when needed.

Towards the end of our evening, we walked outside with a few patrons who had offered to let us sample a hand-rolled cigarette made from imported Danish tobacco. Smoking of tobacco is not permitted inside Club Ned, only cannabis. As we stood outside in the cold, huddled up and passing around this cigarette, I caught a glimpse of all of the cannabis smoke wafting through the air inside, and I burst out laughing. Maybe it was just the Golden Goat talking, but the irony of sneaking outside to pass around a cigarette while everyone inside was smoking cannabis joints was not lost on me. I remember thinking, “I don’t know what kind of alternative reality I just stepped into, but I like it!” (Below: Bear enjoying a smoke between sets) 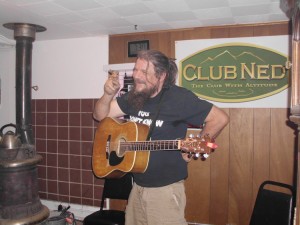 Since cannabis is legal in Colorado, and the state seeks to regulate it like alcohol, then it makes logical sense to provide space for the public to safely use the cannabis they bought legally. NORML’s legal counsel Keith Stroup makes a great argument for the importance of cannabis lounges in this article. Without cannabis clubs, the only place to legally use cannabis is within the four walls of your private residence, which is not possible for tourists and visitors.

Still, more than anything, what keeps people coming back to Club Ned is the sense of community they feel, knowing that this place represents a small but incredibly significant victory for individual rights in America.

And Cheryl and David (pictured below) truly are freedom fighters, having taken on and won a monumental 15-month battle to open Club Ned against powerful opposition from the city, county, state and even the Federal government. As part of their journey, they even had to change Colorado state law, amending the Clean Air Act to include Cannabis in 2013. Critical in their success was Cheryl and David’s willingness to work with their local community, making efforts to speak to everyone against Club Ned, and asking what it would take for them to be OK with it, which included adding additional security measures and fences. 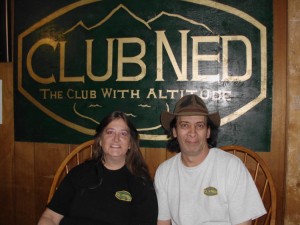 Cheryl recalls being told at one of their many meetings with local officials that they should just give up because “it will never happen.” She remembers responding back, “it HAS to happen, and it is going to happen!” Even through all the struggle to open Club Ned, Cheryl never stopped believing that it could be done, and that creating a safe community space for cannabis was part of her life’s purpose. Every level of Government has given Club Ned the green light. Says David, “We had to get their permission. We didn’t want to open our doors and wake up the next day and get taken to jail.” And because they went through all the proper channels, they have been open since April 2014, with no problems.

Is Club Ned the first of many legal cannabis cafes in Colorado and in the US? With cannabis legalization now a reality in Colorado, Washington, Oregon, Alaska and Washington DC, it seems that cannabis lounges are a logical next step, especially with steps towards the federal legalization of medical cannabis being made in Congress with the introduction of the CARERS act on March 10th 2015

The owners of Club Ned have certainly done groundbreaking work and paved the way for others to follow in their footsteps by creating a safe, responsible and community approved environment for the public to use cannabis. As more and more people catch onto the healing powers of cannabis, the legal right for adults to CHOOSE cannabis is becoming an increasingly important and relevant part of American and culture, and having a safe public space to do so is a natural indicator of where this movement is heading.

Club Ned is throwing a four-day celebration for their anniversary, which of course happens next month on 4-20 (April 20th). In addition to the bud-related ‘holiday,’ they will also be celebrating Cheryl being named as one of the most influential women in cannabis in Skunk Magazine’s new issue, out soon.

To learn more about Club Ned and to plan your visit, please go to www.ClubNedCafe.com or check them out on Facebook. Hope to see you there! Light and Love!