How do we measure consciousness and how do we observe it once it leaves the body? 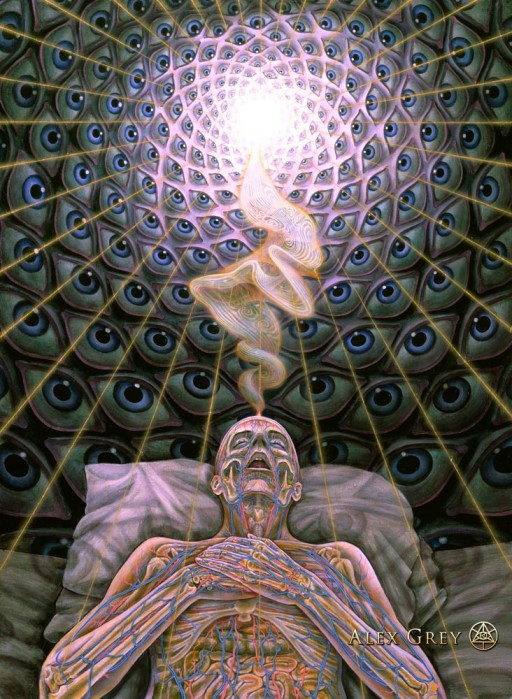 The problem of studying what happens to consciousness when we die has plagued empiricists for millennia. How do we measure consciousness and how do we observe it once it leaves the body?

Researchers at the University of Southampton, UK, have found one way around this dilemma by examining the experiences of over 300 individuals from the U.S, U.K. and Australia who had undergone cardiac arrest and been declared ‘clinically dead’ before they were resuscitated and brought back to life. According to the study, published this week in the Journal of Resuscitation, nearly 40% of respondents reported some kind of ‘conscious awareness’ during the time that they were clinically dead.

Myth 1: Conscious Ceases to Exist When the Dody Dies

According to study lead investigator Dr. Sam Parnia, the brain can only stay alive for 20-30 seconds once heart stops beating. And yet, some respondents in this study reported conscious awareness that lasted for minutes after they were declared clinically dead, a finding that Dr. Parnia describes as “paradoxcial” when compared to accepted scientific beliefs.

In one particular instance, a 57 year-old male reported rising up out of his body and watching medical staff attempting to resuscitate him for minutes while he was clinically dead. Surprisingly, he recollected the event exactly as it happened, from the attempts of nursing staff to resuscitate him, right down to hearing two beeps from a machine that makes a noise every three minutes. These findings suggests that consciousness may continue to exist for some duration of time even after the heart and brain cease functioning.

Myth 2: Dying is an Instant and Immediate Process

Modern medicine traditionally assumes that death is a quick and immediate process: The heart stops, and within 20-30 seconds, the brain ceases to function and the body follows suit. Without blood pumping oxygen through the veins, a human life is over in only a few minutes.

However, these findings imply that death may be a much more gradual, slower process than scientists had previously considered. The fact that so many respondents continued to maintain conscious awareness after being clinically dead, even after being resuscitated minutes later, suggests that perhaps death does not happen quickly over the course of a few seconds, or even a few minutes. We simply do not know how long it actually takes for consciousness to leave the body after death.

According to this study, not everyone feels a sense of peace and sees a white light when they die (although some people do!)  Respondents reported a wide variety of experiences and sensations while they were deemed ‘clinically dead.’ Twenty percent did feel peaceful, while one third felt that time either slowed down or sped up. Thirteen percent felt dissociated from their bodies, while another thirteen percent felt that their senses were actually heightened. Some respondents did see a bright white light, while others felt like they were drowning or being pulled underwater. It is also possible that other respondents had experiences they could not remember due to the effects of sedative drugs or brain injuries.

The results indicate that the experience of death may be one of the most subjective experiences of all.

Myth 4: The Visions Experienced During Death are Only Hallucinations

When we die, a large amount of Dimethyltryptamine (DMT), one the most powerful psychedelic substances in the known world, is secreted from the pineal gland in our brain. But this does not mean that the visions experienced during death are mere hallucinations, as has typically been assumed by medical doctors.

The case of the man who witnessed with exact clarity the nurses’ attempt to resuscitate him shows us that not every vision that happens during death is an illusion. In this case, the accuracy of the clinically dead man’s report indicates that it may be possible for our senses to continue to perceive reality even when our brain and body has shut off.

Is it possible that conscious awareness can persist even after the body is clinically dead because consciousness resides not within the body, but somewhere outside of it?  The implications of this study are far reaching and certainly deserving of further thought and investigation.