How Dreaming Can Lead to Amazing Creative Breakthroughs

Psychologists use the term Eureka! Effect to describe the process in problem solving when a previously unsolvable puzzle becomes suddenly clear and obvious 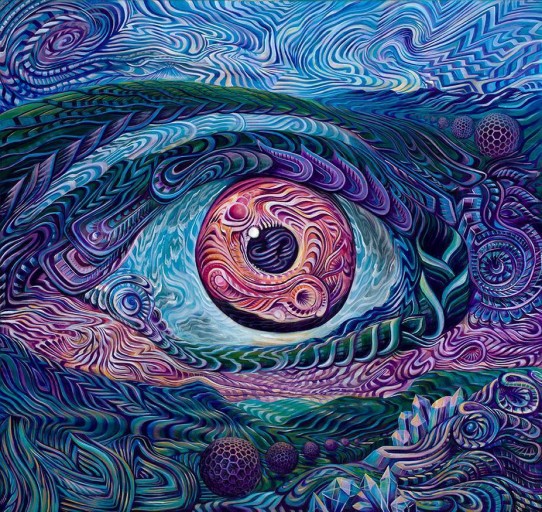 Sometimes people spontaneously generate creative solutions to difficult problems through non-traditional methods, such as through epiphanies, intuitions or dreams. Psychologists use the term Eureka! Effect to describe the process in problem solving when a previously unsolvable puzzle becomes suddenly clear and obvious.

While these types of Aha! moments do happen during conscious waking states, the ones that occur in dreams are particularly fascinating. While we sleep, we become connected to the unconscious creative aspects of ourselves. The dream state is an important, vital time where expressions of the self can come through without judgment and flow with clarity and honesty. By gaining access to the unconscious mind, we can begin to pull heavily from intuition and our deeper self-knowledge that might be concealed or suppressed during our day-to-day life.

Indeed, research has shown that dreaming makes you smarter and more creative . While there is no official consensus from scientists about why dreams can lead to such profound moments of inspiration and creativity, or where these moments are localized in the brain, psychologists have argued that sleeping facilitates insight by allowing time for the brain to restructure information and consolidate memories, changing their representational structure.

Throughout history there have been a fascinating breakthroughs in science, medicine, art, literature and even sports that were inspired by dreams. Here are some of my favorite Eureka! dream moments:

In the 1840’s Elias Howe had invented the first sewing machine, but he struggled and struggled with the design of the needle. One night, he had a dream where he was kidnapped by cannibals and told that he must design the needle to his machine correctly, or be murdered. In the dream, he looked at the cannibal’s spears and noticed that each point had a tiny hole inside of it. He woke up with the epiphany that by putting a hole at the front of the needle, his invention would work. And in 1845, the sewing machine was born.

Friedrich August Kekule von Stradonitz’s discovered of the molecular structure for benzene in a dream. Scientists had spent years trying to figure out the molecular structure of benzene with no success, but during von Stradonitz’s fireside nap one afternoon, he dreamed he was surrounded by snakes eating their own tails, thus forming themselves into hexagonal shapes. He woke up with an Aha! moment realizing this was the exact shape of the molecule he had been trying to crack. And he was right.

Albert Einstein was always huge supporter of creativity, famously saying that “imagination is more important than knowledge.” Perhaps he felt this way because he dreamed the Special Theory of Relativity when he was only a teenager. In the dream, he watched a farmer turn on an electric fence next to a herd of cows, and all of the cows appeared to jump backwards in shock at the same time. When he recounted what he had seen to the farmer, who had been standing on the opposite side of the field, the farmer explained that he had seen something different: The cows had jumped back one-by-one in order, not all at the same time. The message was clear: Events look different depending upon an individual’s position, because of the time it takes light to reach the eyes. And poof! Inspiration for the Special Theory of Relativity was found.

It is important to note that it is not only scientific inventions and solutions that can appear in dreams. James Cameron famously describes how the concept for the Terminator came to him in a dream during a severe bout of fever. Thought he is today considered one of the world’s greatest all-time directors, at the time of this dream, Cameron was working on the post-production of Piranahas II in Rome. Always desiring to one day make an action film, he was inspired when during a 102 fever he dreamed of a robot cut in half, armed with kitchen knives and crawling along the ground towards a frightened, fleeing female. When he woke up, he drew a sketch of the robot, and hammered out a script to a movie about it when he returned back to Los Angeles. And one of the most popular film series of all time was born.

Several other authors, philosophers, artists and musicians have also credited dreams with some of their greatest ideas: Renee Descartes’ dreamed about his quest for understanding human thought, Mary Shelley came up with Frankenstein in a dream, Paul McCartney dreamed the tune to Yesterday, Stephen King dreamed up Misery, and even Jack Nicklaus famously said in 1964 he came up with his golf swing in a dream. I suppose it’s fitting then that the idea for my first textbook, Teaching Psychology Online, also came to me in a dream. Have you ever had a dream that led you towards a creative breakthrough?

Is there a way to have more Eureka! Dreams?

While it would be wonderful to recommend a method for dreaming that would lead to people to more of these Eureka moments, this is difficult since for the most part we have so little control over our dreams. It always helps to keep a dream journal, and to set intentions or ask for answers to specific questions before you go to bed. Proponents of lucid dreaming (which is a different phenomenon from Eureka! dreaming) recommend taking B6 supplements (that convert tryptophan to serotonin) to have more vivid dreams, especially if you eat tryptophan-rich foods with B6 supplements a few hours before bed. But, it is unclear if this will also lead to more creative breakthroughs during sleep. No matter what you try, be open to whatever dreams you might have and always try to look for the symbolism within them.

It is possible that the key to more insightful dreaming lies in getting more in touch with your intuition in your conscious waking life as well. As you begin to listen to your feelings and trust your gut, you will make stronger connections between the unconscious and conscious mind, bridging the gap between dreams and reality. Stay tuned next week for part 2, on how to get more in touch with your intuition!