E61: Psychedelic Marine, a Journey from Afghanistan to the Amazon with Alex Seymour 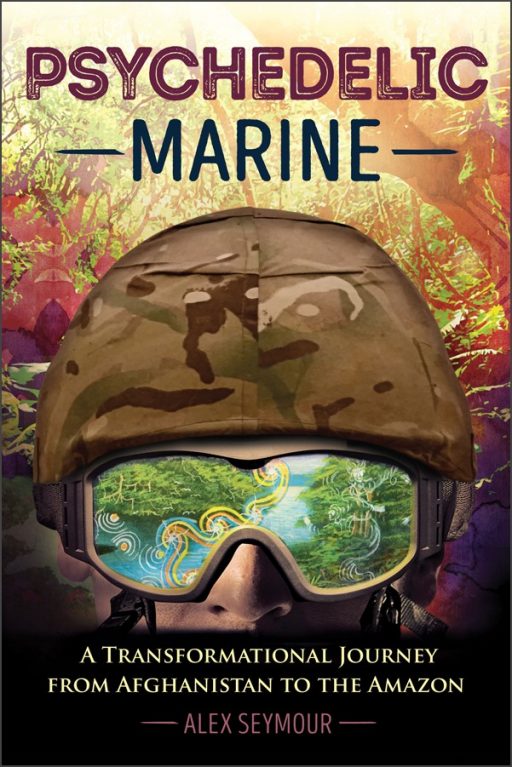 Today’s show highlights Psychedelic Marine Alex Seymour’s incredible story, A Transformational Journey from Afghanistan to the Amazon (available now on Amazon). After enlisting in the Royal Marines Commandos as a teenager, and serving for 6 years and completing 2 tours of duty on active service, twenty years later he returned to the service as the oldest front line commando in Helmand Province in Afghanistan.

After returning from a tour of duty during the war in Afghanistan, Alex needed a way to cope with the extremes he experienced as a member of the Royal Marine Commandos, losing 7 men in his unit, and having his best friend critically injured by a Taliban bomb. Drawing upon his pre-deployment experiences with DMT and psilocybin mushrooms, Alex knew that entheogens could help him release his fears and traumas. But he also knew that simply taking psychedelics wasn’t enough—he needed ceremony, something sacred to draw meaning from his experiences, to help him reassess not only the war and his role in it, but his entire life. So he set out for the Amazon in search of the hallucinogenic brew known as ayahuasca and a shaman to guide him.

Painting a vivid portrait of both the anguish of war and the transcendent world of shamanic ritual, Psychedelic Marine Alex Seymour shows how young people often enlist in the military to satisfy our human need for a rite of passage into adulthood, a ritual sorely missing in our culture. He explores how ayahuasca can offer a way to help soldiers prepare for war and help combat veterans heal from war and overcome PTSD–as well as alcoholism and addiction. From Afghanistan to the Amazon, the author shows how ayahuasca frees your consciousness from inherited beliefs and fears, offering a truly transformative rite of passage.

His story about his ‘Mythic Voyage’ down the amazon river is incredible, and in this  show we discuss his inspiring message – teaching us so much about the human spirit, courage, and the power we have to transform our consciousness and heal even our subconscious mind.

With more veterans committing suicide after returning home than being killed in Iraq and Afghanistan, the time has COME for compassionate, forward-thinking ways to approach healing PTSD and war-time trauma. Seymour’s book, Psychedelic Marine, is one of the many incredible stories of veterans finding healing through Entheogenic plants. Tune into the show and check out more about organizations like Veterans for Entheogenic Therapy (VETS), working to heal PTSD using plant medicine, as well as documentaries on the topic like From Shock to Awe  and Soldiers on the Vine. You can also stay up-to-date on cutting edge psychedelic research by checking in with ICPR 2016 and MAPS Psychedelic Science 2017.