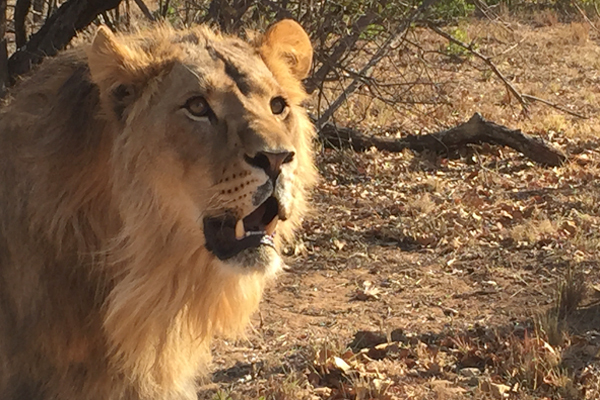 Animal Defenders International (ADI) has successfully orchestrated the largest animal rescue airlift in history this weekend, by transporting 33 lions rescued from 10 Peruvian and Colombian circuses to the Emoya Big Cat Sanctuary in South Africa. ADI, an animal rescue organization founded by husband-and-wife team Tim Phillips and Jam Creamer, has rehabilitated and relocated more than 100 former circus animals under Operation Spirit of Freedom. Creamer said, “We are delighted that these lions who have suffered so much will be going home to Africa where they belong. The climate and environment are perfect for them. When we visited Emoya Big Cat Sanctuary, we knew this is a dream come true for ADI and, more importantly, the lions.” 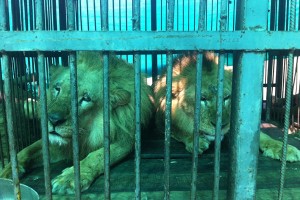 Sanctuary founder Savannah Heuser expressed her gratitude for being involved in such a groundbreaking operation. “I cannot start to comprehend the endless days [of] suffering that these animals had to endure,” Heuser said. “They have a lot of lost time to make up for. They will live out the rest of their lives in a natural habitat, the closest they can ever come to freedom.”

The lions made it home safely to Africa aboard an MD11F cargo aircraft owned and operated by Western Global Airlines.  Logistically, this was not an easy task: The Western Global MD11F first collected 9 lions from Bogota airport, and then flew to Lima airport to collect 24 more lions, before continuing on to Johannesburg. After the lions were eased into their travel crates, they were carried by the ADI team on trucks and loaded by cranes onto pallets that were then gently placed into the cargo airplane. An ADI veterinary team monitored animals throughout the flight. The lions then completed a six hour drive to their final home at the Emoya Sanctuary. 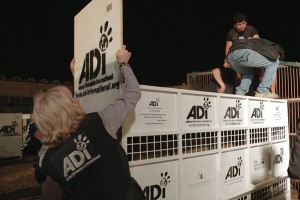 The rescue was made possible thanks to ADI’s tireless work with the Peruvian and Colombian Governments, who due to evidence of animal abuse have imposed bans on the use of wild animals in circuses. While there are no more wild animals suffering in circuses in Peru, the Government of Colombia has asked ADI to help with a further 75 exotic animals which remain with other circuses, and are now illegal.  Mexico has also passed their ban on wild animal circuses and have been in talks with ADI about the arrangements for releasing those animals from the circuses. 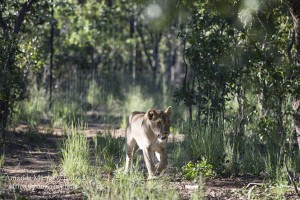 Happy in their new home

Now that they are on the ground in South Africa, the lions will be rehabilitated in the 5,000-hectare sanctuary that is already home to eight rescued lions and tigers, has a no-breeding policy, and is not open to the public. Their forever homes will have acres of natural bush (a separate habitat for each family or pair) with watering holes, platforms, trees, vegetation all safely secure behind double electric fencing (outside is included to prevent access by other animals).

It is inspiring to see individuals bravely stand up together to accomplish challenging feats to do right by animals who have suffered. Offering hope and redemption to these kings and queens of the jungle proves that by working together, humanity can solve even the most difficult tasks, like airlifting 33 lions across the globe! Indeed, ADI and Emoya are making the commitment to these animals for life – they will be provided with food and clean water each day, toys and straw bales for amusement, and their separate bonding (management) camps will enable vets and carers get up close to check for any injuries or other health issues. To help care for the 33 lions visit Lions Back to Africa and watch their documentary, below.